i recently found my otherwise trusty EagleTac P20A2 dead, killed by a leaky alkaline AA battery. i normally run only Energizer Ultimate Lithium’s, but i must have switched out some cheap alkalines in an emergency and forgot. Phoenix summers cause a vehicle’s interior to reach brutal temps and cheap batteries often can’t take it.

i may still contact EagleTac about a replacement tail-switch, but the incident made a great excuse to get a new light! i had already been dreaming of a single flashlight that could do it all. i wanted a decently intense thrower, but with a larger head than the P20 for a more practical beam – and could i get a decent run time on some mid-level setting?

though EagleTac is still a top competitor, i did my due diligence investigating the latest offerings from Fenix, Olight, NiteCore, Sunwayman, ThruNite, FourSevens and even more traditional manufactures like StreamLight and SureFire.

in the end, the relatively new EagleTac G25C2 MKII easily won me over and i purchased one in the Neutral White (XM-L2 T6) edition. it comes able to run on 2 CR123A cells or 1 rechargeable 18650 cell and other configurations are possible with optional body extension tubes. 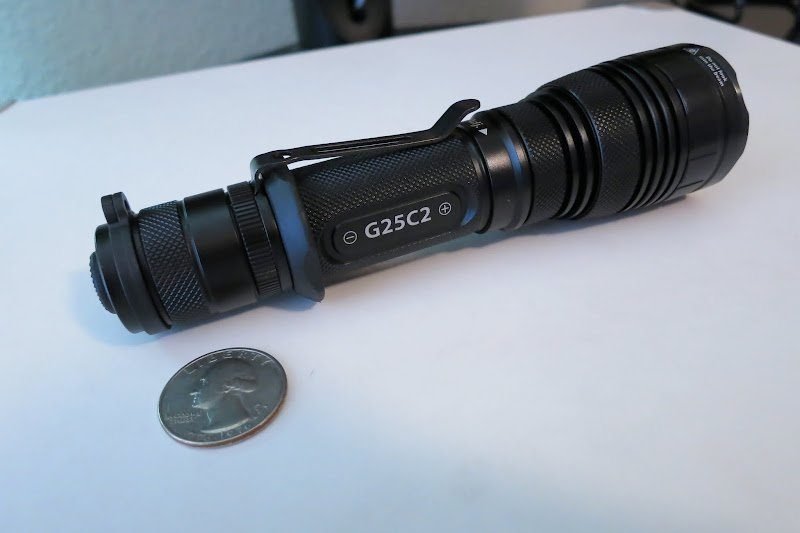 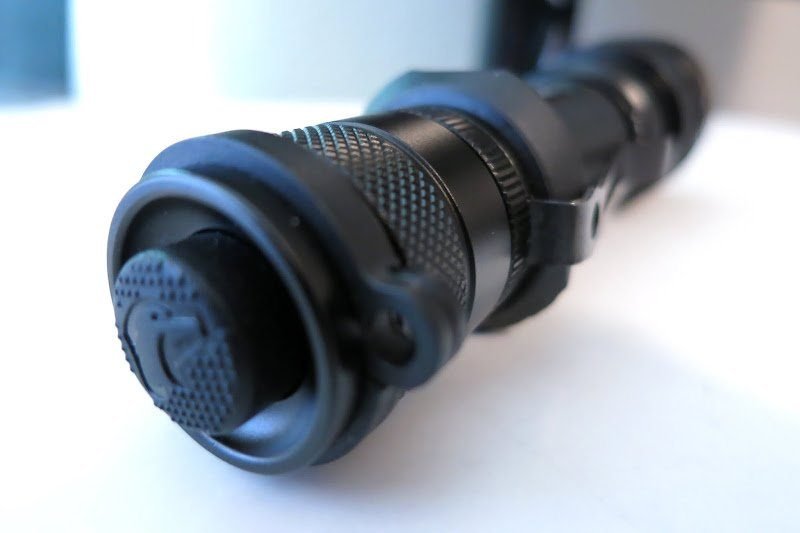 it’s amazing how the LED light world has been advancing, there’s probably some version of Moore’s Law applicable to LED-produced Lumen! my first gen P20A2 was the brightest (2) AA cell powered light of it’s time at 230 Lumen. i’m not sure what the current AA trophy holder is, because i finally conceded to get a CR123A powered light.

i know, i know – any real flashaholic has been using them since before LED lights even made good xenon replacements but i always refused to switch from my beloved AA. i finally realized that i might as well get the benefits of a “serious” flashlight since i was already paying for lithium batteries anyway! 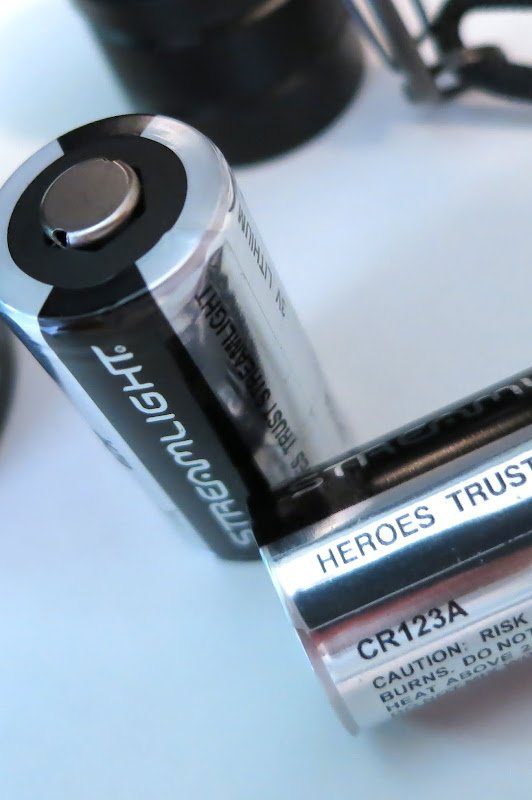 on to the beamshots already!

alright, enough backstory. i captured beamshots from the new EagleTac and some other common lights to give a better idea how it stacks up.

the first contender was a TechLite TE115, one of those “200 Lumen” lights commonly available at Costco in a 3-pack. the G25C2 MKII stands in the middle below, and a 4 D-cell MagLite upgraded with a TerraLUX TLE-300M drop-in (the older 600 Lumen version) is on the right. 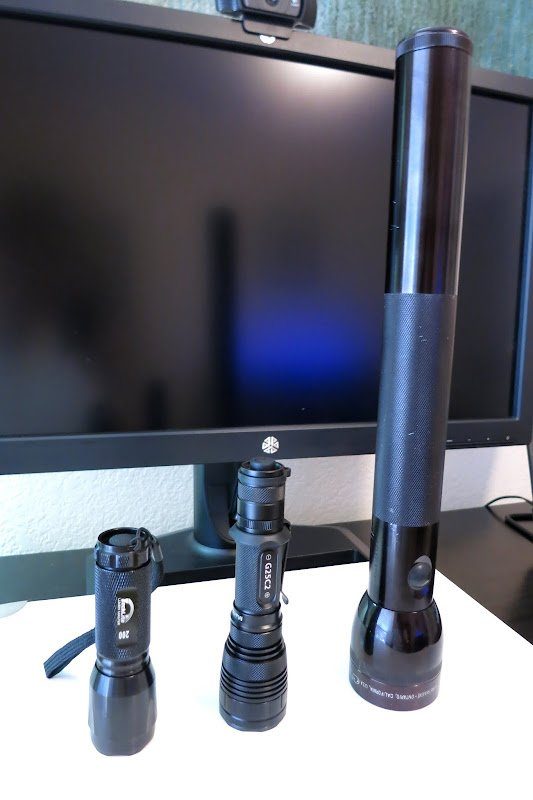 the wall in the shots below was about 25 feet away. all shots were taken with identical camera settings (f/2, ISO 400, 1/8 second). i don’t recall the white balance choice. it seemed the most accurate in-camera but turned out slightly cool.

the TechLite TE115 on its highest setting: 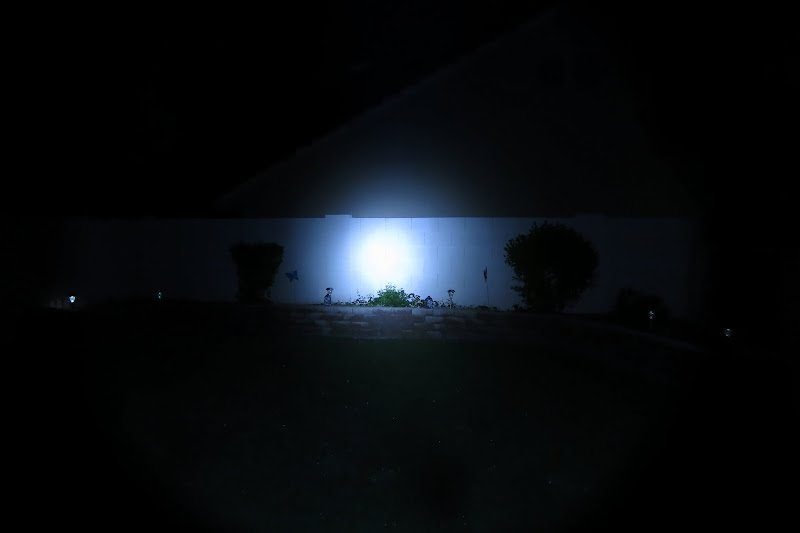 the MagLite 4 D-Cell with TerraLUX TLE-300M: 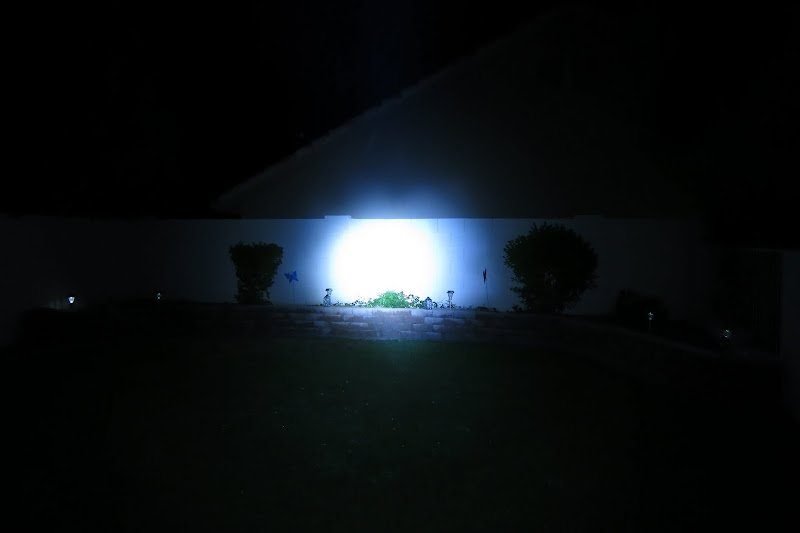 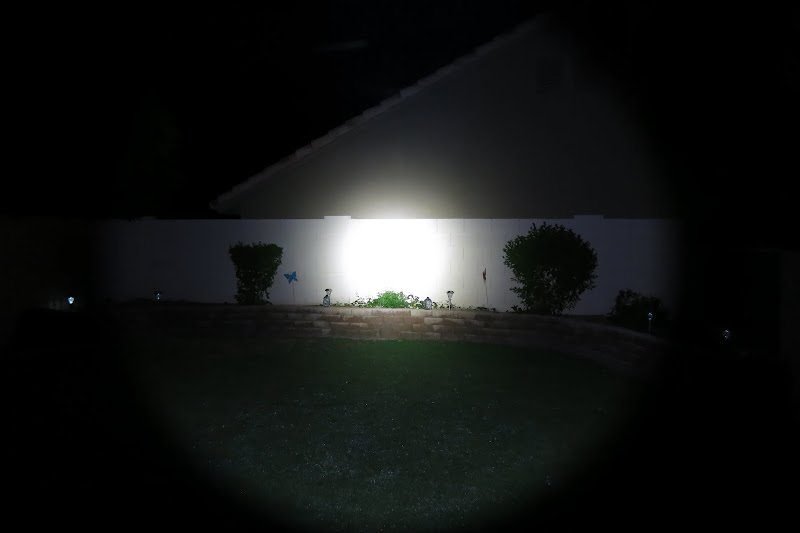 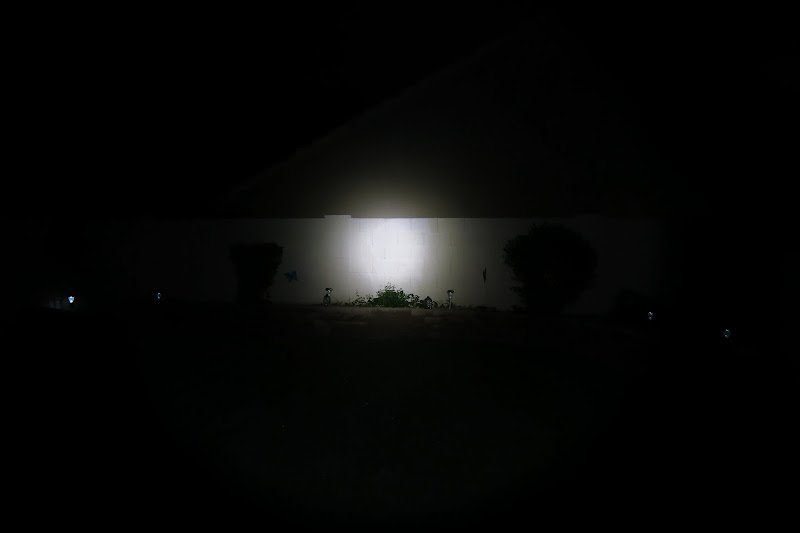 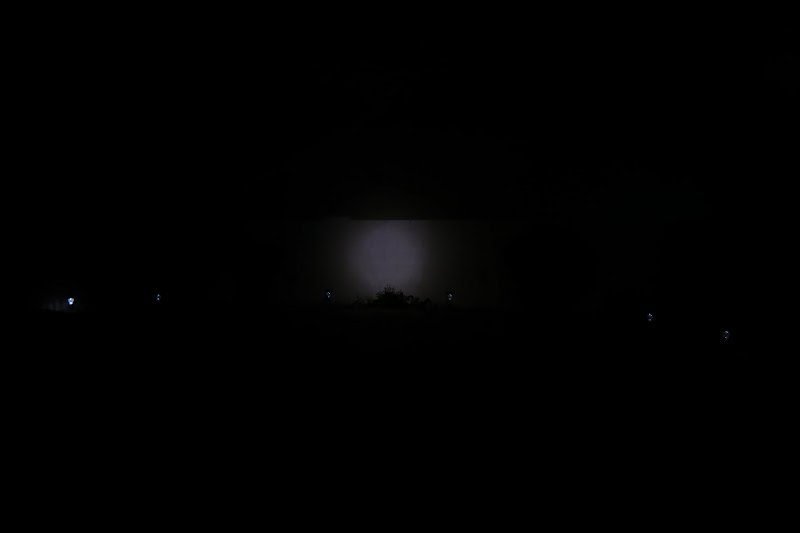 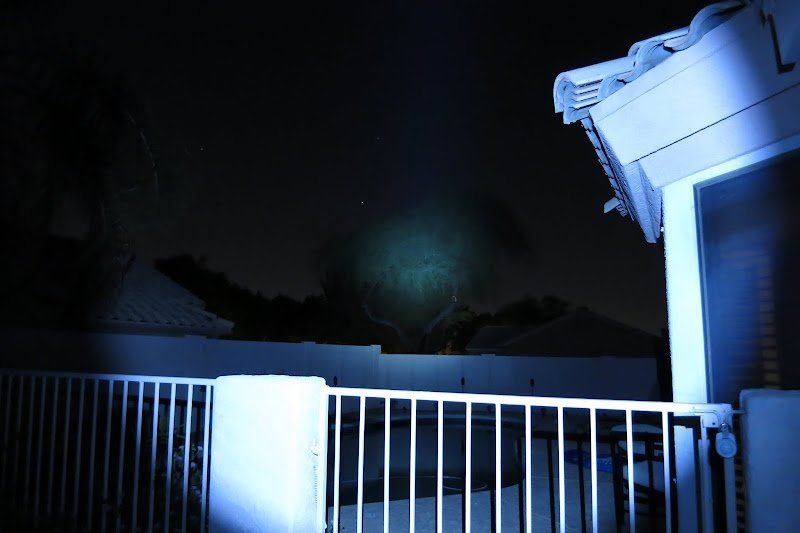 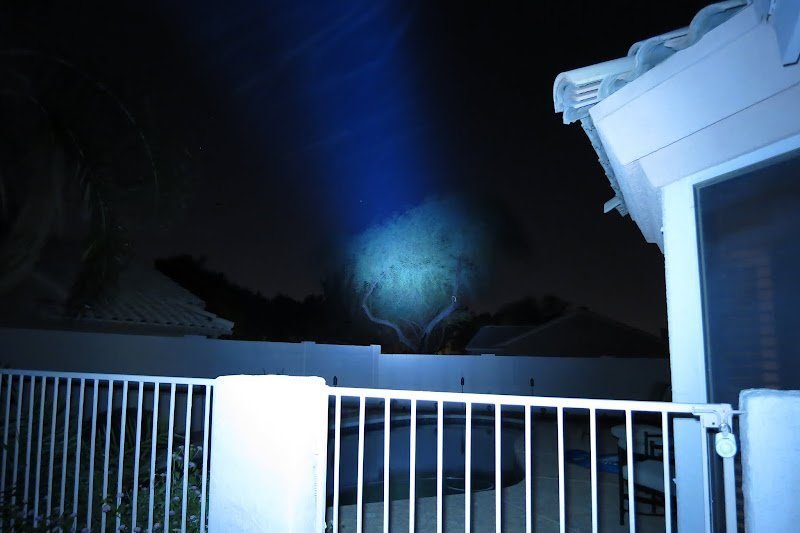 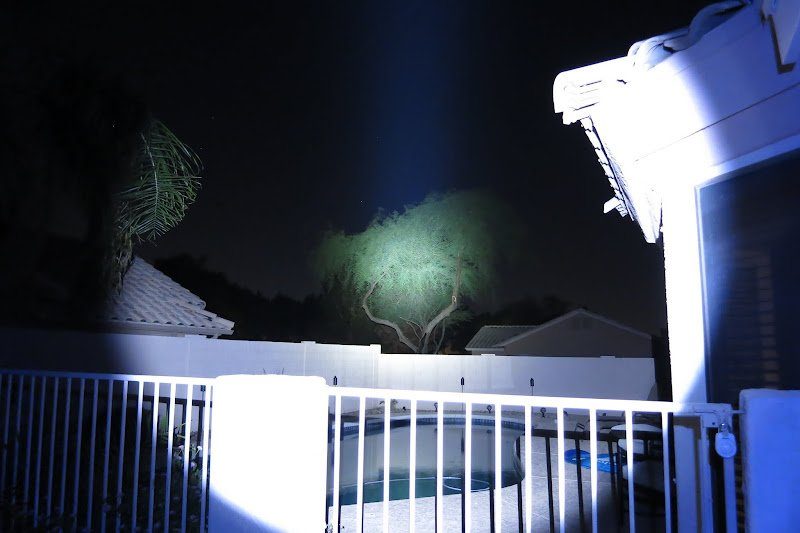 the EagleTac’s 1180 Lumen obliterated the darkness.

there are several LED lights now available with even 2 to 4 times that output, but i don’t think they qualify as general purpose (nor are they light/small enough for pocket carry). the G25C2 fits perfectly in hand or pocket. 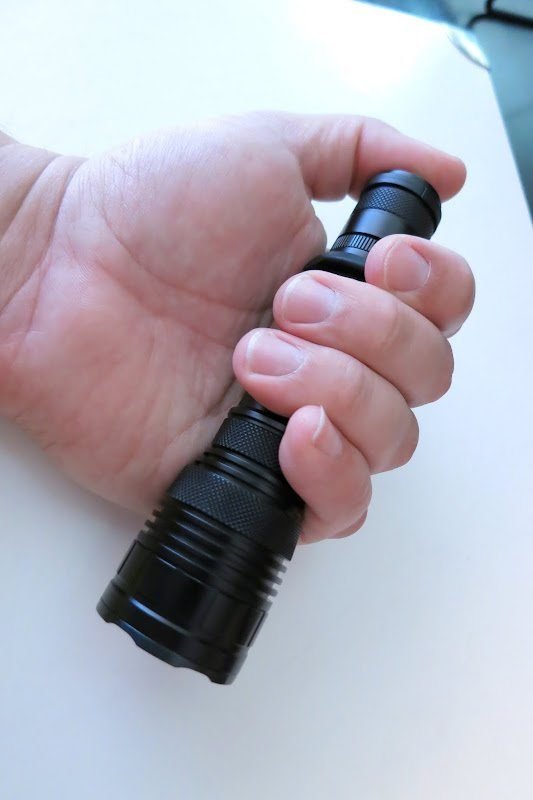 i was also impressed with the beam profile. no donut hole or other irregularities were visible. there was a clean but gentle falloff from the bright spot and the remainder of the circle was evenly lit with a well defined edge. for a smallish light the flood area was still very usable and i didn’t have any qualms with the throw either.

all in the details

the reflector is of the smooth variety, which seems ideal considering EagleTac offers a very nice diffuser if you really need to spread the light. 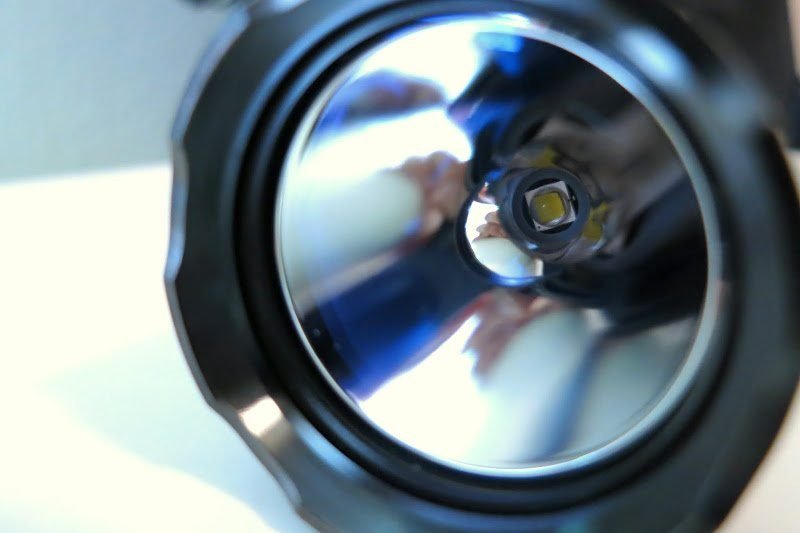 The head diameter is quoted at 1.55 inches, and i suggest you follow the warning stamped on it’s side. a mildly crenulated bezel protrudes from the face. it’s made from the same titanium coated stainless steel as the pocket clip and can be replaced with an optional flip-over filter assembly (not included). 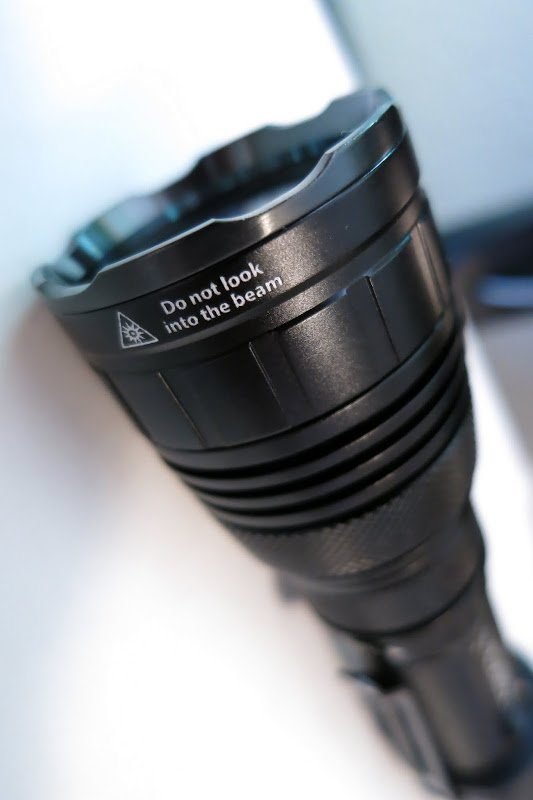 build quality appears excellent. i could find no defects with the anodization, markings, threads or reflector. interestingly the threading is not anodized, likely for patent reason (read this CPF thread for more info).

everything was well lubed and EagleTac recommends keeping it that way with a silicone grease on the o-rings and Deoxit red cleaner on the threads.

the knurling was a little more aggressive than on my old P20A2, but by no means harsh. 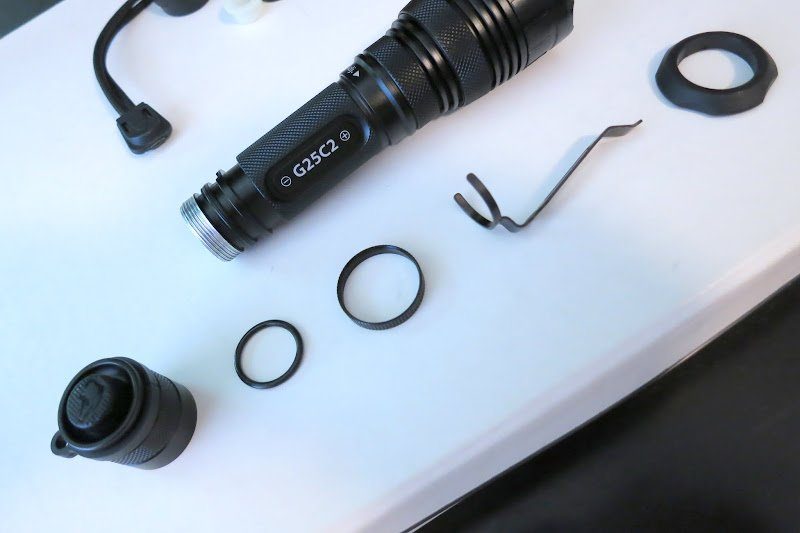 in the box you’ll find several items for customizing the light to your liking. you can find a complete list of the included bits & pieces on the official G25C2 MKII specs page.

my only minor beef with the options is that you can’t use the tail-stand and the lanyard attachment ring simultaneously. 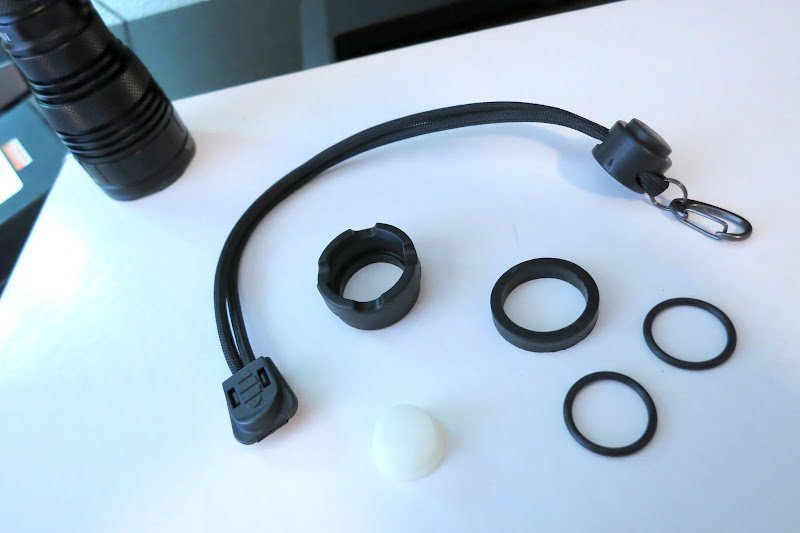 the belt holster features a 2 position fold-over so it will work with the optional 3-cell extension tube. there’s also a 4-cell extension available (neither comes with the base kit). 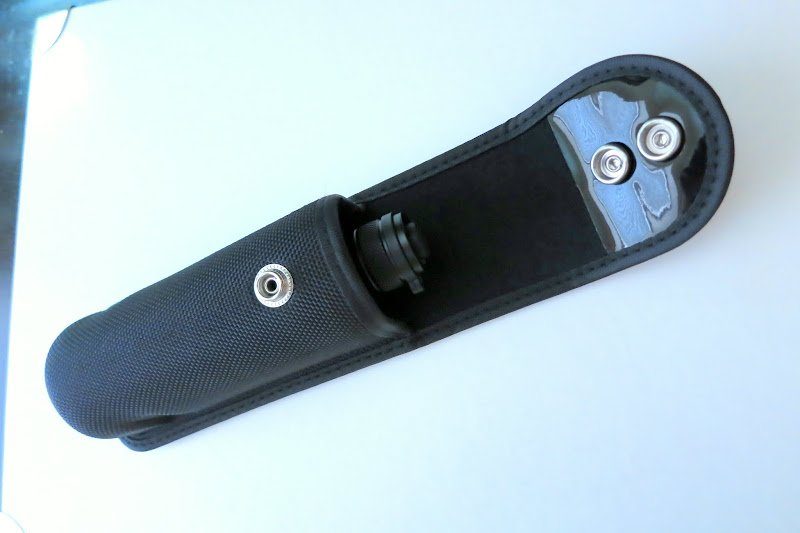 my final configuration was to keep the pocket clip and black switch, remove the cigar ring, and add the lanyard. 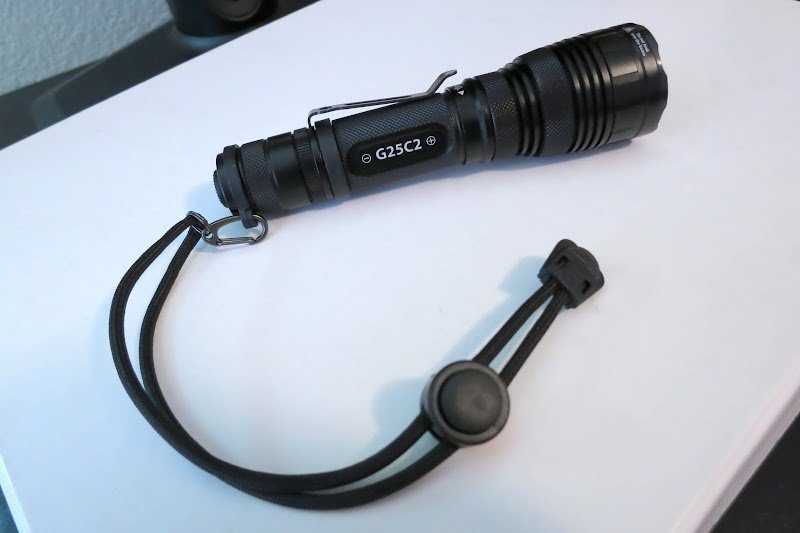 one of the features that drew me to this light was its brightness level spacing and run-times. there is a very usable 104 Lumen setting which gets you 11 hours. too many of the lights i looked at in this class didn’t offer a setting with a good Lumen/run-time compromise. i appreciate that i can burst up 2 more levels when needed, but the “low” is perfectly usable for many situations and won’t have me replacing batteries after every single adventure.

the dim/moonlight setting is a nice option as well – that midnight pee run need not wake up everyone in the tent.

i’m also keen on the face that the Regular Mode switching does NOT include a strobe or SOS setting. you can still program the light into Tactical Mode if you need strobe. 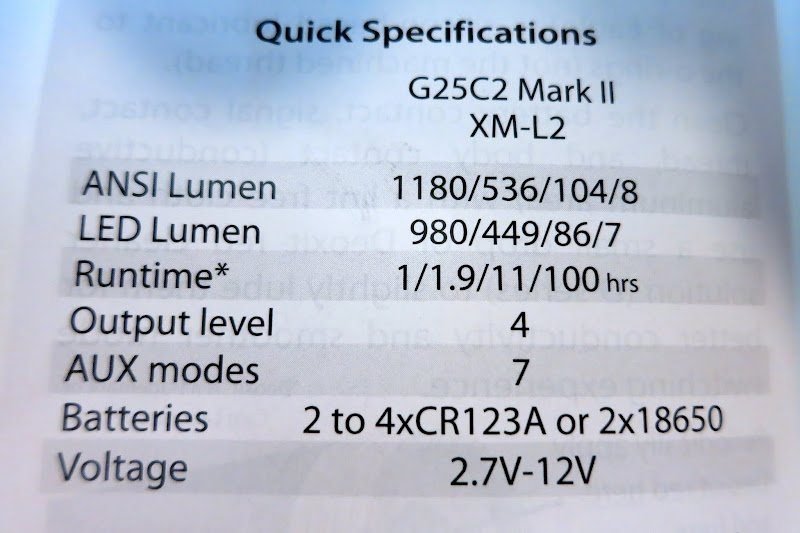 speaking of levels, EagleTac has stuck with the tried and true head twist method of selecting them. while other manufacturers have introduced some innovative UIs over the past couple years, those aren’t without their own issues. flashlight UI really comes down to personal preference. the classic twist isn’t perfect but i don’t have any major problems with it either.

there are no detents or other feedback while twisting yet i found the highest 3 levels were still easy to “feel out” for pre-selection.

the rear switch is the standard clicky type which provides for a momentary action on light press and a click-on/click-off on full press. 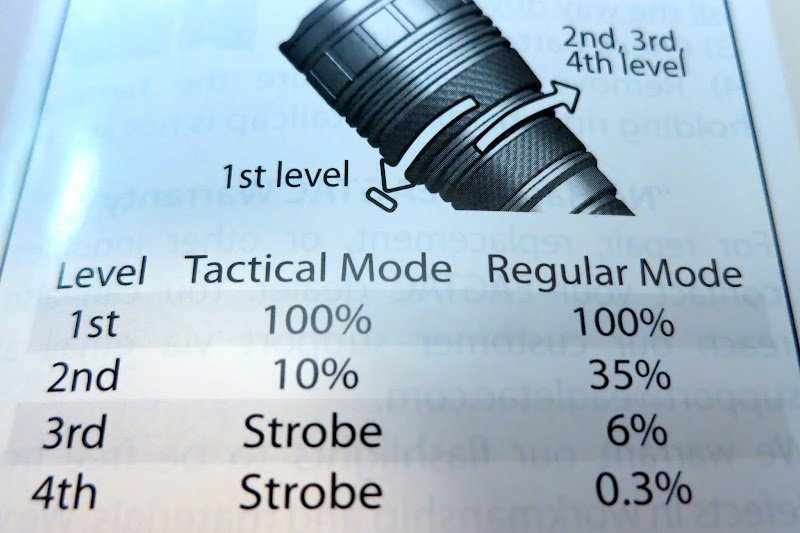 i’m convinced this is the best current all-purpose LED light available. it’s small enough to grab for a quick trip to a mine or cave and flexible enough for everything from general camp use to illegally spotting game if you’re so inclined. a light this small with such range was unheard of a year ago. and while i’m partial to neutral tint, the G25C2 MKII is available in cool white as well.

MSRP is $132 and the street price is currently just over $100. that seems pretty standard as the smaller top tier lights have been in the $100 to $150 range for a while with second tier competitors coming in around $50 to $80.

below are links to purchase through Amazon (love me some Prime). if you prefer a smaller company, i’ve used illuminationGear before and never encountered any problems. 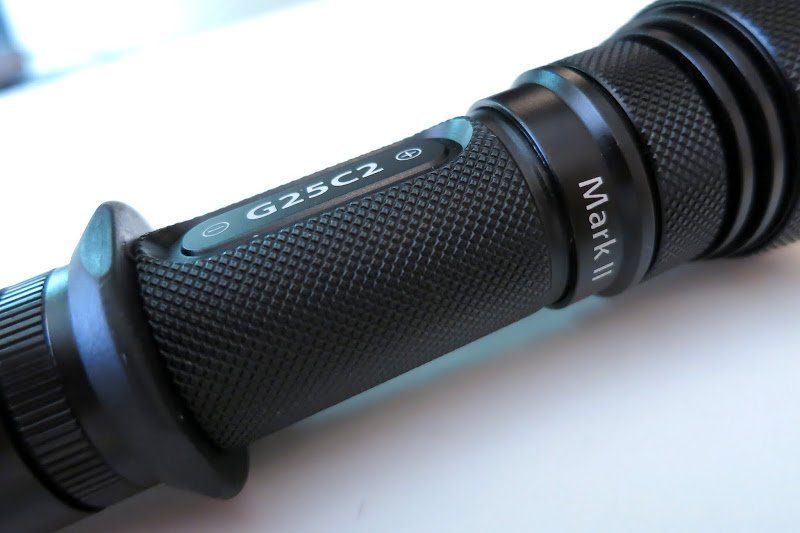