so i promised next time we’d be stuffing the donkey, but i had to take a step back for a last few things. i beat him up pretty bad, but he’s wearing makeup to cover the cuts and bruises, so no-one has to know!

i received a request from the lead dev where donkey will end up that he be painted flat black. so my re-rusting of him was for naught. to get him black, the first thing was to seal up the rust (or spend hours with a wire wheel on a grinder – yeah, no). Duplicolor’s Rust Fix spray paint is an awesome product – where most paint (even many rust-primers) will let rust bleed through if it’s bad enough, Rust Fix converts & seals up the rust for later paint to cover. It goes on mostly clear, but changes to black wherever there is rust.

so i threw on some rough coats and then it was time to make all the final cuts and holes in donkey before we put the final coat on. first, he needs some rear holes (power, circuit breaker, one switch and one knob will go here): 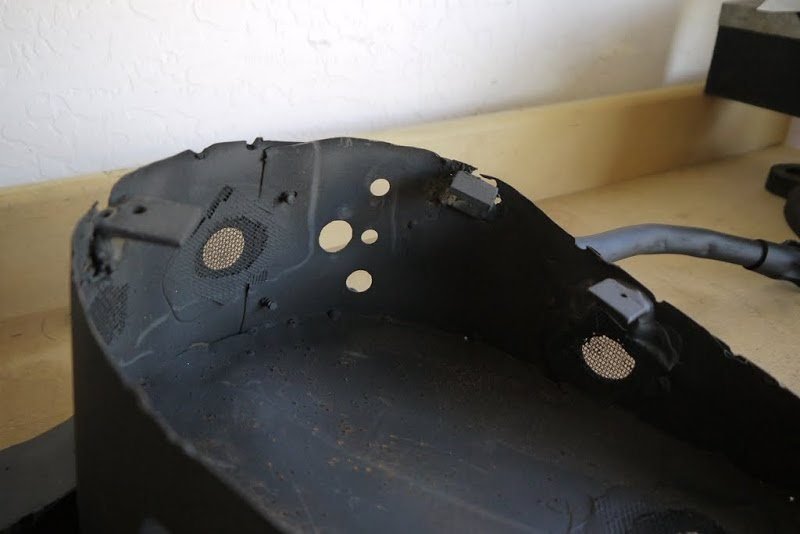 next, a notch out of the neck for the wifi antenna, should blend in with his mane nicely once he’s put back together: 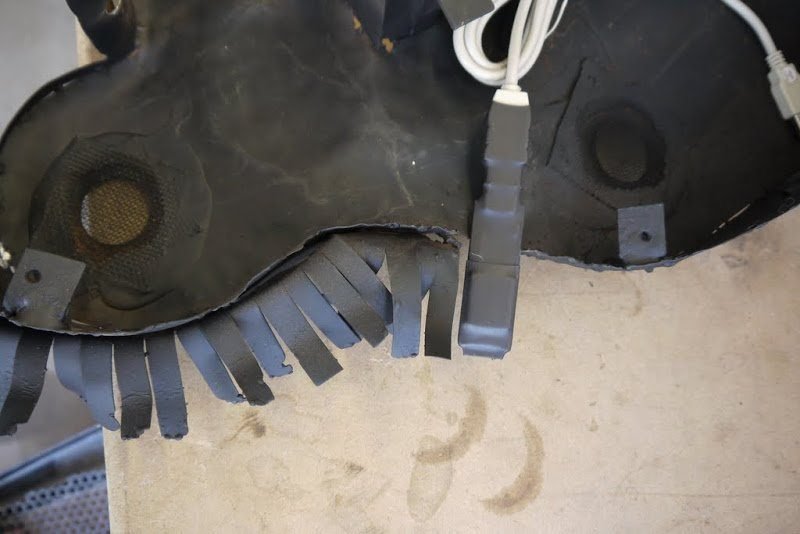 now what’s all this? well, major surgery! we’ve got an access hole into the snout so we can make it light up red when donkey gets angry. we’ve got a large cut-out for a screen where donkey’s eyes used to be (trust me, it’ll be kewl). and then a couple of holes up to the ears for more lights. 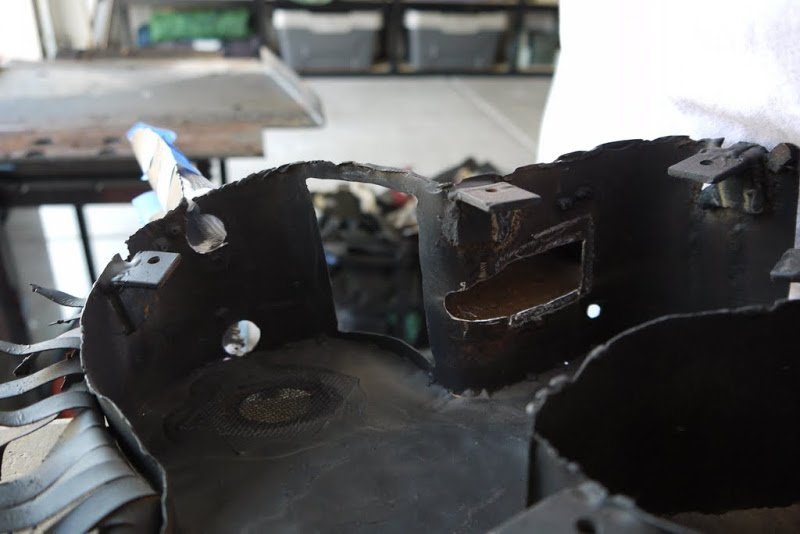 and the final touch before the final coat, more mesh. i’ve created a mesh pouch to hold lights within each ear. this will also all be flat black (including the glue). 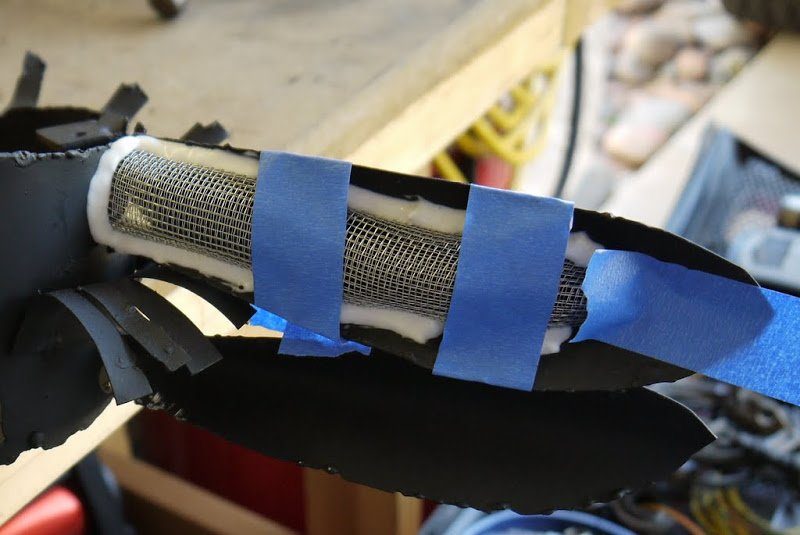 all the holes are cut & drilled, edges filed down, and the last bit of glue dried this weekend – the final coat of paint goes on today and then we really are going to the guts! the next steps will be mounting circuit boards. i’ll most likely use wood as a mounting surface to insulate the connectors from the metal chassis.

so this wasn’t the update you were waiting for, but you did get some sneak peaks at a few of the features donkey will have!
see the rest of the build here as it progresses:
http://theksmith.com/tagged/deathburro