this post will serve as the hardware manual for Death Burro for those that will own him soon, so they can continue where i leave off on the next version!

here was donkey yesterday, guts masked ready for a final coat of flat black to cover some scratches and what not. (Brady’s double ended light-saber in background does not come with the donkey.) 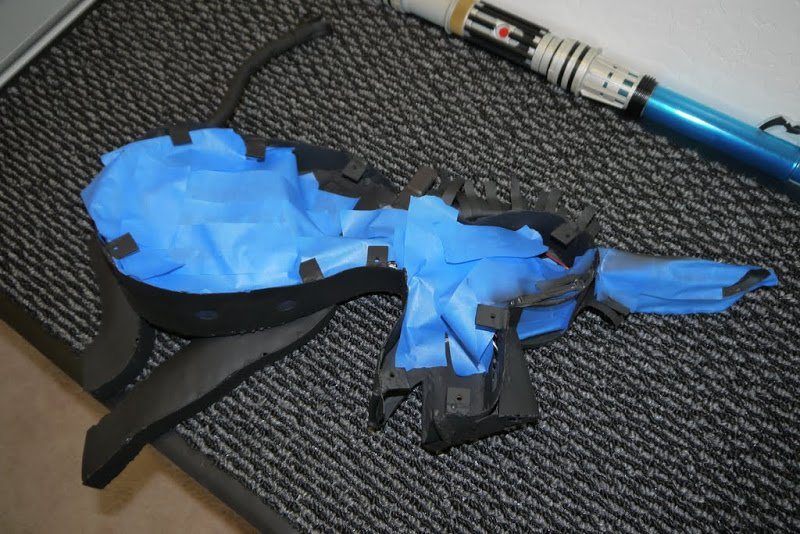 just a shell of his former (donkey) self

donkey has 8 Phillips head screws on his right side holding his guts in. 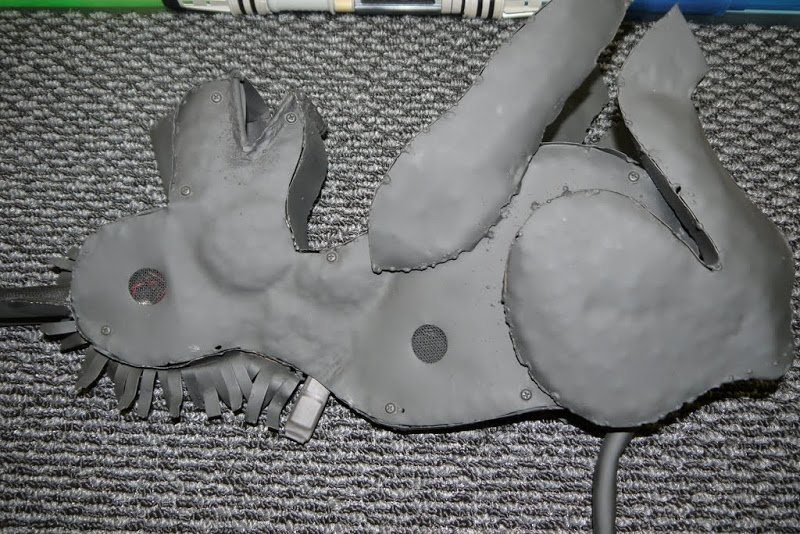 don’t remove the 6 small screws on his left side, these are holding the motherboard mounting risers and screen backing. 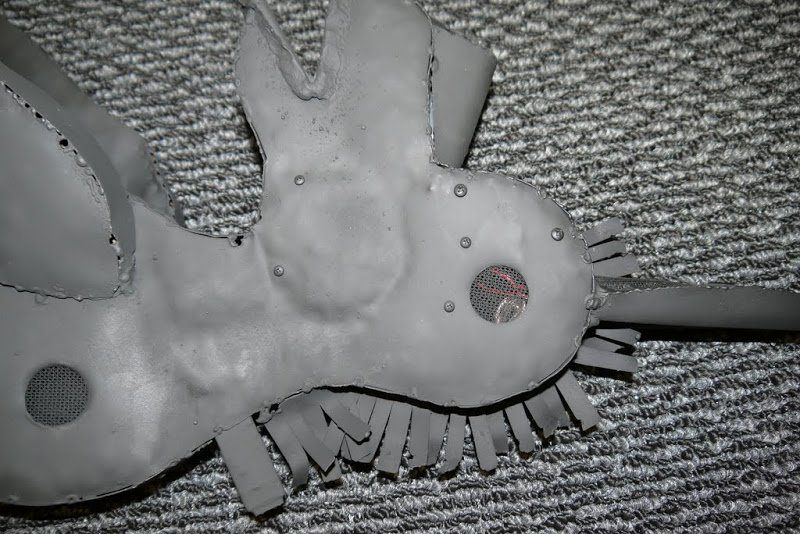 access ports and what not on his underside – we’ve got a center hole for pooping and/or the 12v power cord. there’s also a single push button, a rotating knob, and a 2 amp circuit breaker. 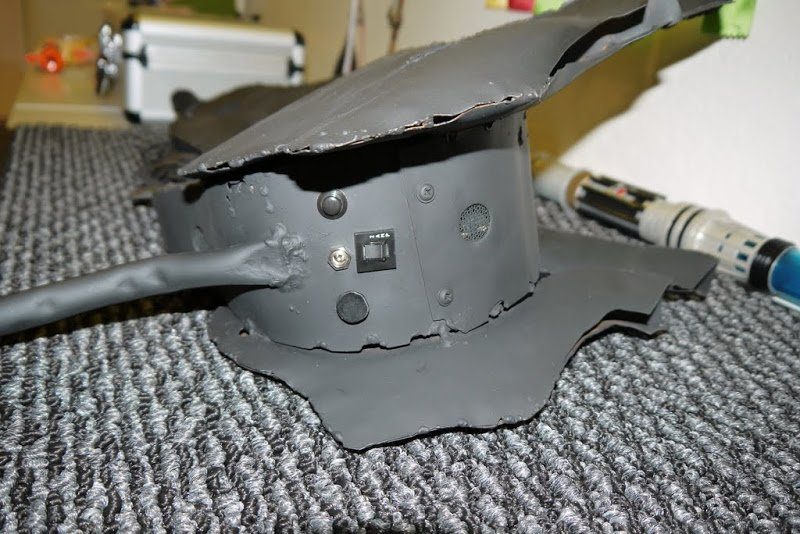 some good stuff here – we’ve got 2 different colored LED bars in each ear. then there is the large touchscreen, no cheesy little dot matrix display, this is a full-color capacitive-touch-screen. And finally, look closely in the nostrils, oh yeah – frickin laser beams attached to his head. 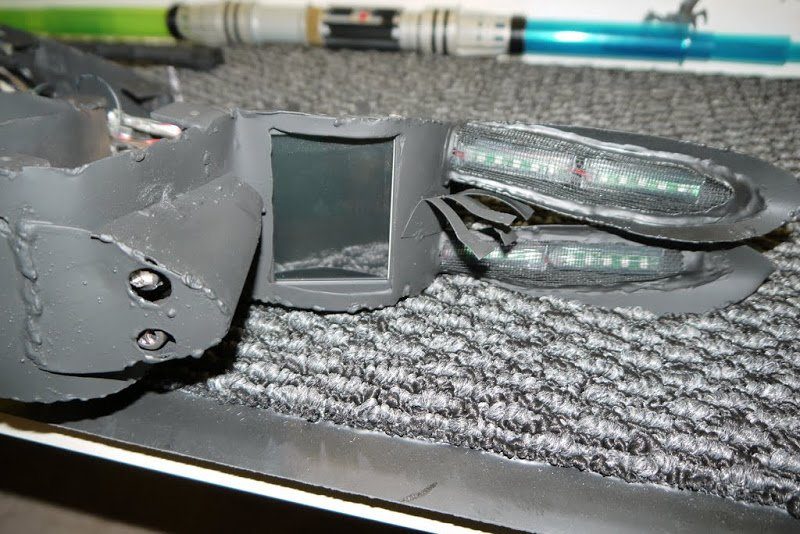 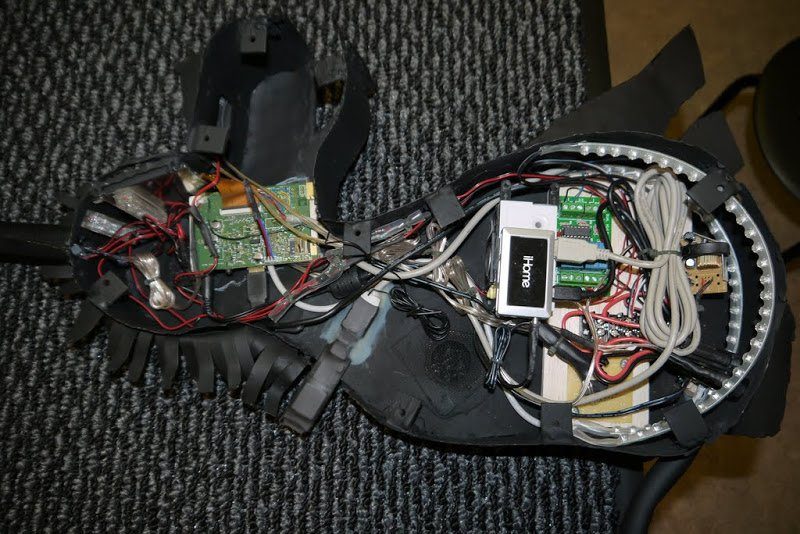 (numbers reference the photo below) 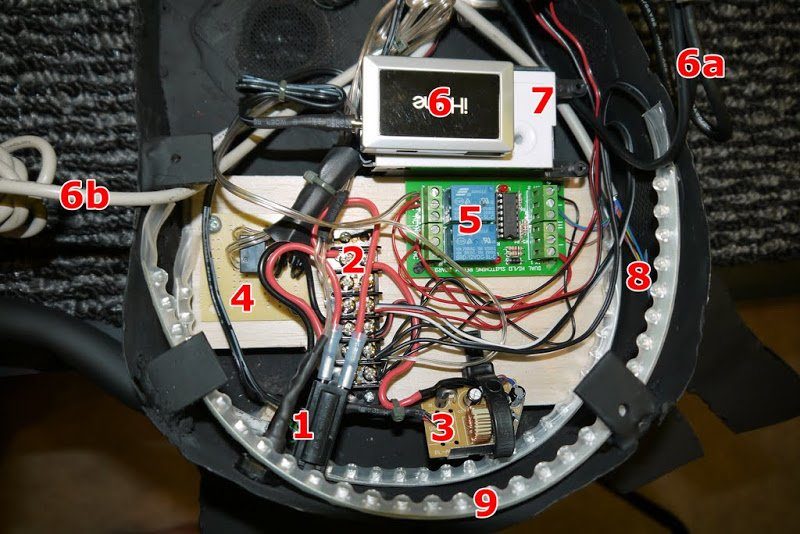 (numbers again reference the photo below) 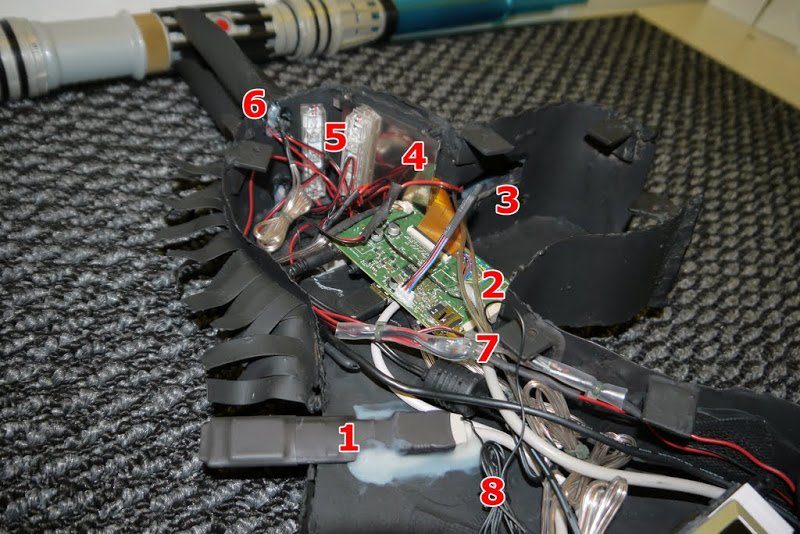 plugged in, but with the main computer (and screen) turned off, you can see the always-on white led strips glowing out from several places. 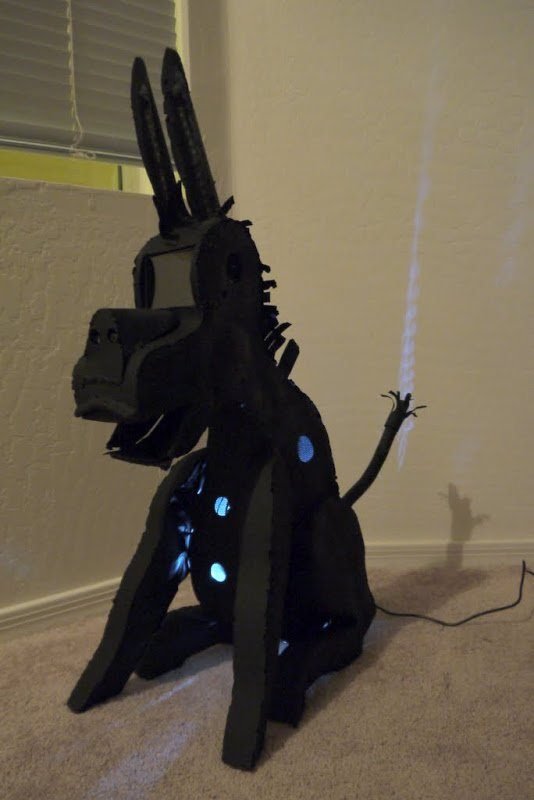 i may add one more white LED strip closer to the top so that the top hole lights up better, but i don’t want it to wash out the other internal red/blue LED bars, so we’ll see. he does make a good night-light (probably not for children, as it really does look like some scary-ass robo-alien-zombie-donkey has come to eat your brain in the middle of the night.) 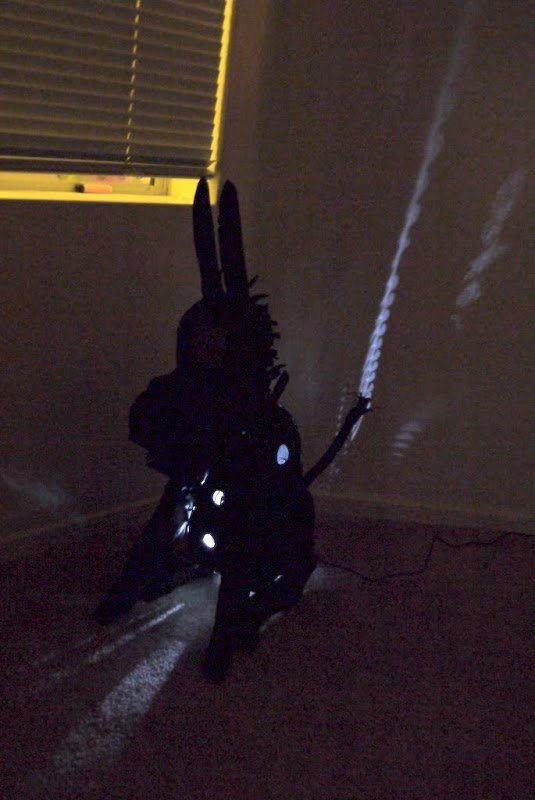 i’m left with one final step, the software. something has to make this thing do more than have wires and white light. i’ve barely started, but have most of the core architecture figured out already. stayed tuned for part 5, where i’ll explain the software and should have a fully working donkey to show video of. and of course i’ll have to say goodbye then and hand the burro over to Aimee’s dev team.