the original Motorola XOOM tablet is getting a bit old by mobile electronics standards, but it’s still a great tablet mainly thanks to several official OS upgrades (currently on early Jelly Bean), and plenty of unofficial ROM support. it had excellent specs when it launched (early 2011) and runs quite stable with moderate overclocking which helps keep it useful (just don’t expect to run the latest 3D games). the modular build structure allowed the Verizon models to be upgraded later on from 3G to 4G as well.

if you’ve had one since it’s initial release, you may need to replace the battery by now. disassembly is straightforward with the exception of 2 little bastard tabs, which are why i’m writing this post – hopefully making life simpler for someone else out there!

1) the port cover is held on with (2) tiny T5 Torx screws. once the screws are off, the back side of the port cover should pop up and it can be pulled off at a slight angle. 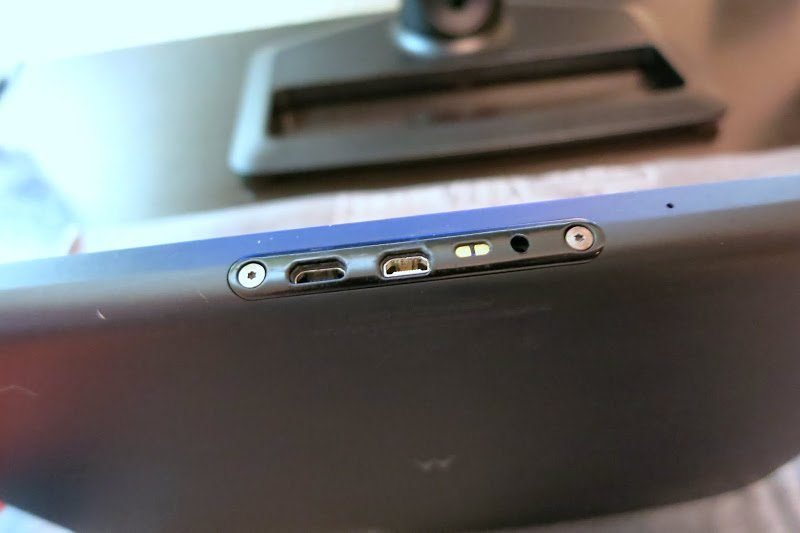 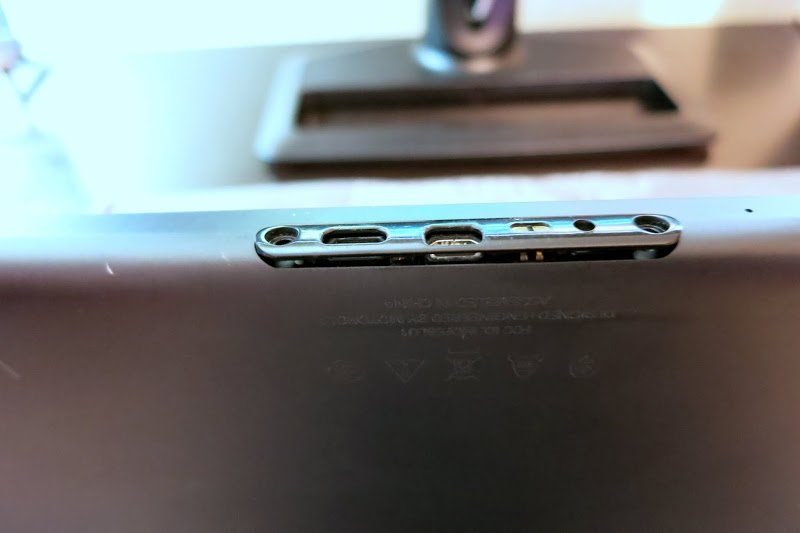 2) at this point the bottom rear cover will slide down half way and stop, don’t force it! here’s where the 2 bastard tabs i mentioned come into play. 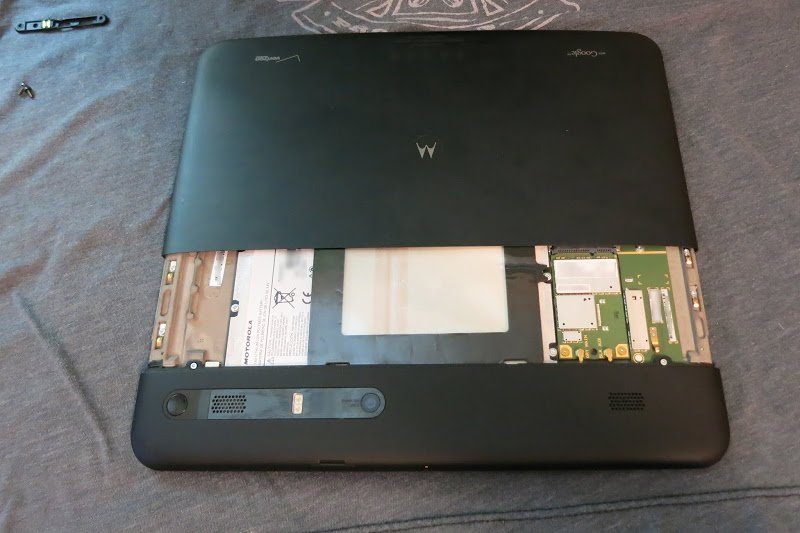 2b) now the internal tabs can be released with a small flat screwdriver. just slide the screwdriver down the channel area on each side to push the tab up, at the same time wiggle that side of the cover down a tiny bit. 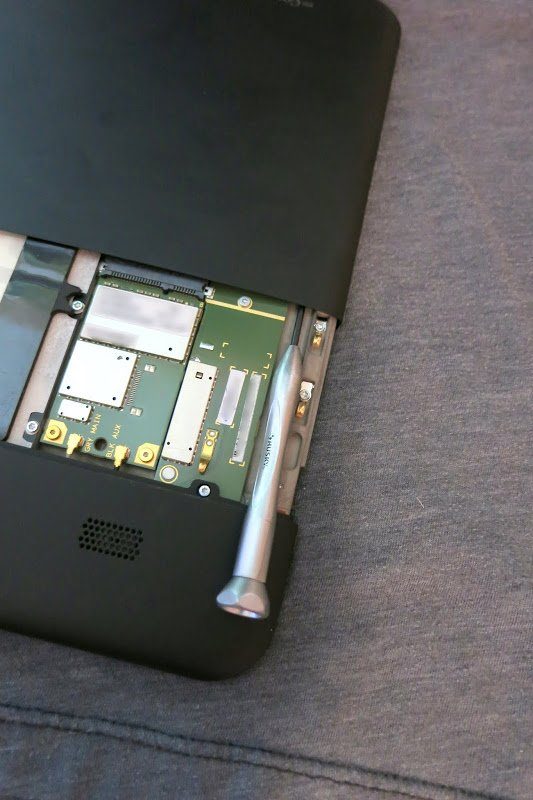 here’s one of the tabs you are pushing up and away from the lip on the chassis. once the cover is past the lips on each side, the whole cover will slide the rest of the way off. 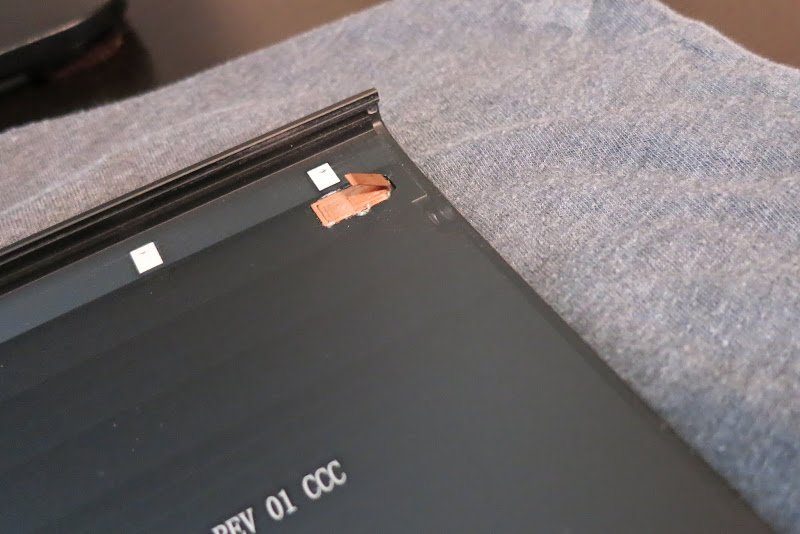 3) there’s a couple more T5 screws to get the top plastic cover off. there’s also a single ribbon cable connected to it, so don’t lift it too far till you disconnect that. 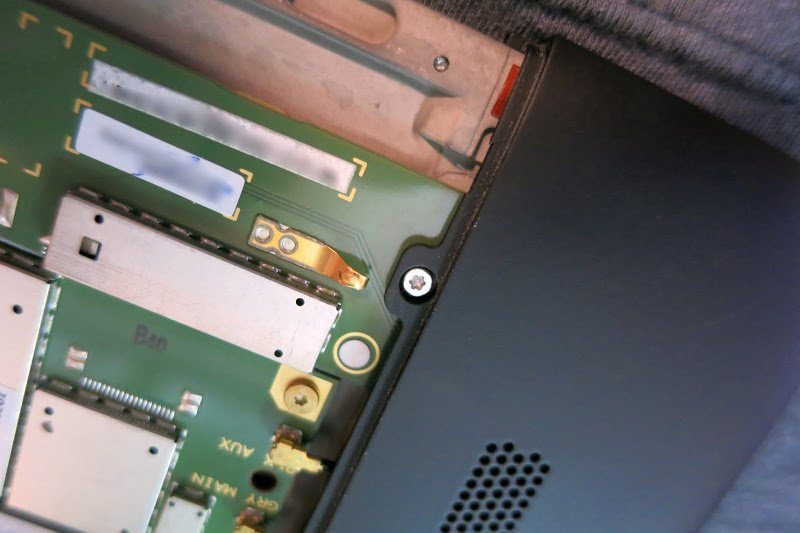 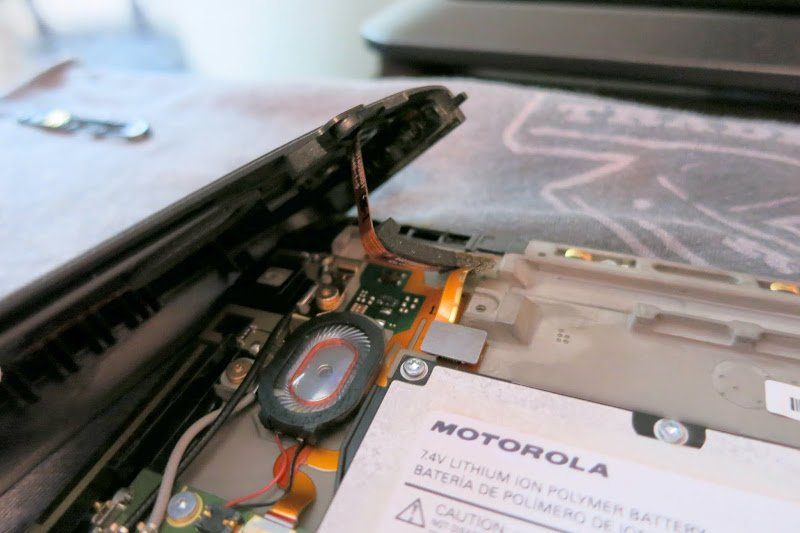 the ribbon cable connector is just a press-together, but be careful to hold the lower portion down as you separate it so you don’t tear that piece. 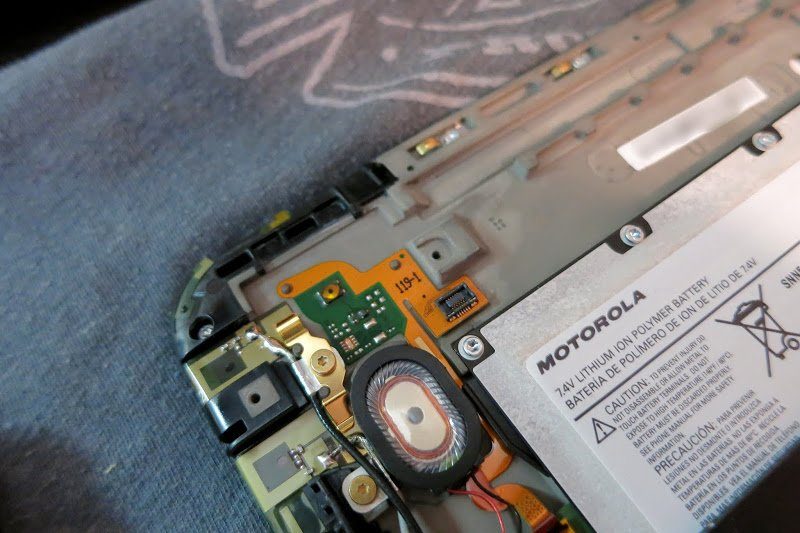 4) at this point you can start tearing into whatever you came here for! 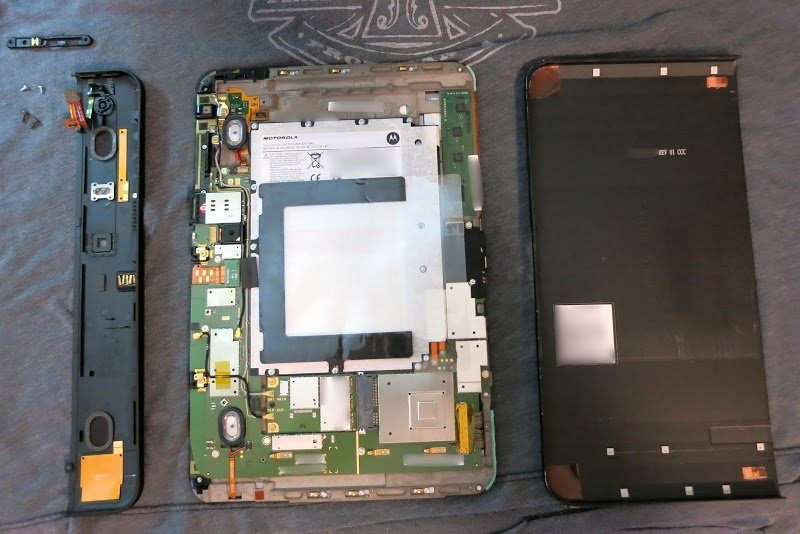 hey, where can i get a good T5 screwdriver?!?

funny you should ask, i just recently purchased the TOL-10865 “Tool Kit – Screwdriver and Bit Set” from SparkFun and it worked just fine for this. At under $10, it’s an awesome value. There are some nicer mini driver sets out there, but i don’t think they are worth 5 times the cost. 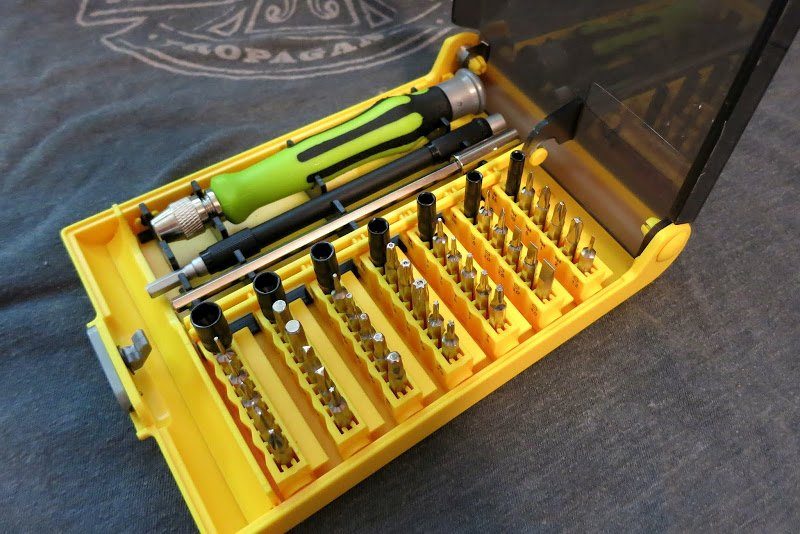