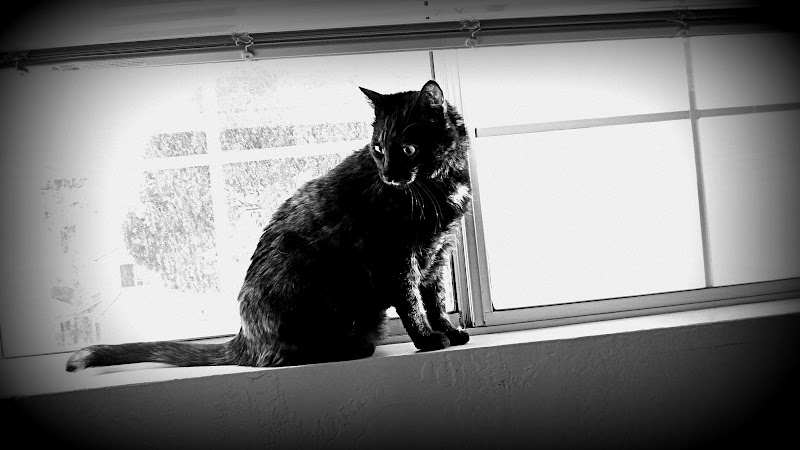 this is Pepper, or Princes Peppers as she has become more commonly called.

she is a tortoiseshell, or tortie for short. apparently torties are known for their tortitude, a fact i wasn’t aware of when we got her! more on that in a moment.

how did we end up with a dirt-colored princess?

my absolute best buddy of 13 years, Noche, got hit by a car.  i rushed him to the vet, driving on sidewalks and running red lights, but he couldn’t be saved (don’t try that yourself, it was stupid). Noche had more personality than many people i’ve known, and he will be forever missed. 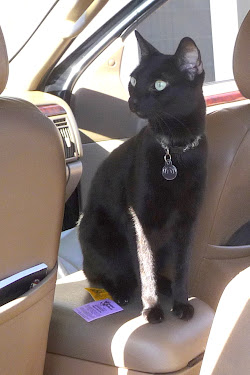 it took over half a year before i’d even let Brady mention the idea of a new cat, but then suddenly one day i was ready to go checkout the adoptions.

maybe they have some kittens…

we headed over to the local PetSmart since they have a HALO Rescue adoption center. Aimee liked this fat lazy gray cat that didn’t move much, but Brady and i were immediately drawn to a talkative, super-friendly odd-colored thing named “Charity”. upon reading her little card we found out she was “quite a talker”, around 2 years old, and sadly had been waiting for adoption for like 9 months! sure we wanted a kitten, everyone wants a kitten – but that’s why adult cats like her end up waiting so long for a home.

with a little convincing, Aimee was ready to give Charity a chance. first order of business was a new name, none of us liked Charity and she didn’t seem to recognize it either. so she became Pepper due to her dark speckled mottling. i had actually never seen a cat with a coat exactly like hers. i thought it was really neat and it’s one of the reasons i wanted to get her. most everyone else seems to think she’s ugly though! poor dirty looking homely kitty. 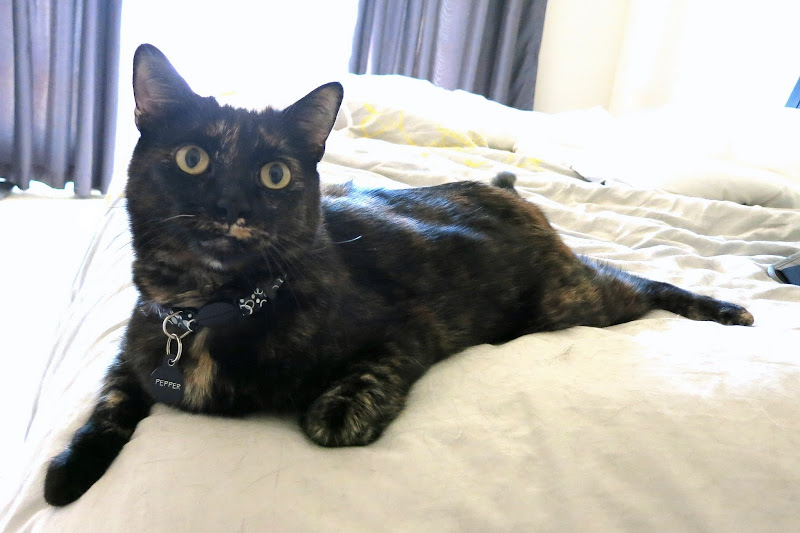 back home with a noisy brown lump in tow, i Googled about the coloring. 30 seconds later i was starting to wonder if we made a mistake. just search for tortoiseshell cat personality and you’ll see why. torties are famous for personality certain traits, and it turned out Peppers was true to them all.

so yeah, she’s a PITA quite often. anytime the thought of taking her back crosses my mind, i just figure “who else would take her?” i don’t think many people would put up with her idiosyncrasies and initial extreme shyness long enough to become attached. besides, it’s not her fault she’s particular, it’s in her genes! and she is very loving after all (when she’s not annoyed about something)! 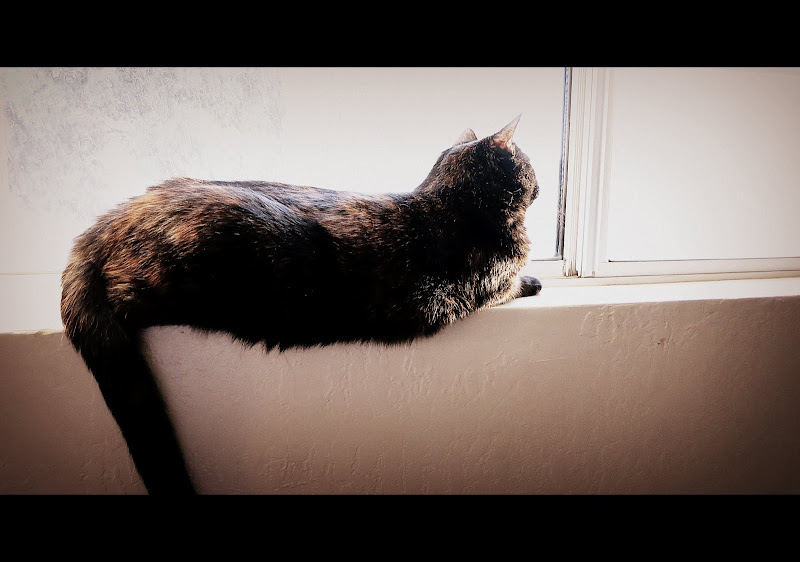 one response to “our new tortoiseshell cat is a bitch princess”